How Wearable Suits are Changing Workers Safety and Health

How Wearable Suits are Changing Workers Safety and Health

Workers in the manufacturing and construction industries are at high risk for injuries compared to workers in most other fields. Repetitive strain injuries and workplace injuries due to fatigue are just a few of the possibilities. Beyond the inherent pain and stress that job site injuries cause, not to mention the medical expenses, there are also issues of lost productivity and lowered morale to consider. Naturally, supervisors and workers at an industrial site want to prevent as many injuries as possible. Ekso Bionics believes that all workplace injuries are preventable, and their wearable exoskeletons can help.

While exoskeletons are known in pop culture thanks to their appearances in Sci-Fi and other media, their ability-enhancing uses are, in fact, a reality. They won’t give you the near-superpower capabilities of Iron Man, but they can improve physical capabilities beyond what the human body is typically capable of. Ekso’s first wearable exoskeleton was known as HULC, and it was designed for military applications, allowing soldiers to carry heavy loads over long distances and with increased mobility. To this day, Ekso assists with military exoskeletons used by DARPA (Defense Advanced Research Projects Agency). Their wearable robots are also used for rehabilitation purposes to help patients with incomplete SCI, stroke patients, and people with neurological disorders to regain their walking ability.

More and more commonly, however, exosuits are being used in the construction industry to support wearer’s joints during heavy physical activity. Here are a couple of the industrial exo models and how they help users.

This industrial exoskeleton is an evolution of the original EksoVest that was tested by Ford and other industry leaders. EksoVest was a lightweight exoskeleton, sometimes called a soft exosuit, that provided upper-body support to help cut down on overexertion, the most common cause of construction injuries. The EksoVest wearable was largely praised by workers for its assistance with specific tasks, particularly with overhead work, but EVO provides even greater support with a full range of motion and unparalleled comfort.

Boasting the tagline “power without pain,” the EVO exoskeleton is spring-loaded and designed for numerous industrial applications. It essentially wraps around a worker like a harness and supports their upper limbs for repetitive tasks and positions that are difficult to maintain. Consider overhead tasks in the automotive industry, for example. These jobs often require workers to raise their arms above their heads for hours per day, often lifting and installing heavy filters. EVO exoskeleton technology helps distribute this weight into the user’s hips and legs instead of wearing the shoulder joint.

EVO also has minimal contact points with workers, wrapping around near the hips and connecting only at the upper arms. This not only allows for a full range of motion but also ensures high-quality airflow, keeping workers cooled and comfortable. Industry leaders across the U.S. are using EVO to reduce worker fatigue and prevent injuries on site. 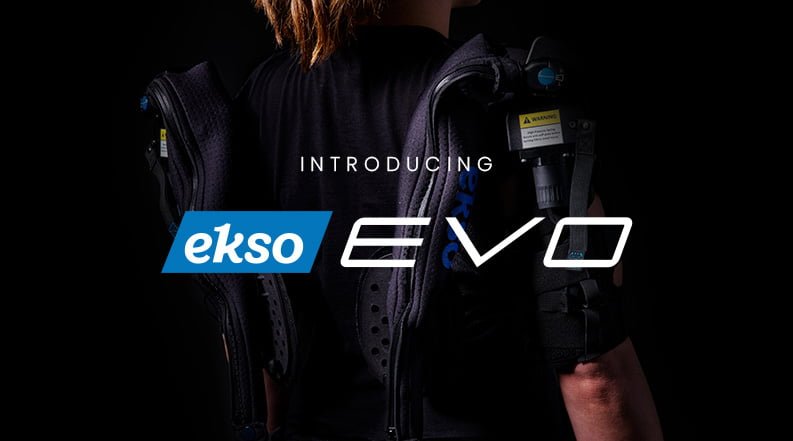 Ekso’s ZeroG is a robotic arm that assists workers with lifting heavy tools at aerial job sites, like construction scaffolding. The passive exoskeleton system is able to hold heavy tools like rivet busters, grinders, rotary hammers, and more weighing up to 42 lbs. Like EVO, this robot arm is spring-loaded and can be taken virtually anywhere without any concern for power supply.

The arm can be mounted virtually anywhere, and it’s able to transfer the weight of the tools to either the ground or the work surface, freeing up your workers to focus on precision rather than the pain of moving the tools. The arm accounts for each weight shift and movement of a tool as well, so workers on your construction site truly do feel like the tools are weightless.

These are just some of the more notable ways that wearable technology and other robotics are able to improve safety and help with workers’ long-term health by reducing strain. As technology advances, it’s practically certain that even more work will be taken off human workers, freeing them up for more important tasks and increased productivity.

Exoskeletons and robots may sound as though they belong in a sci-fi film, but they don’t. Exoskeletons belong right here, among the millions of people experiencing the effects of neurological and physical injuries leading to weakness and paralysis. To learn more about the newest exosuit technology and how they can help your application, reach out to the Ekso Bionics team today.