Exoskeleton Suit for the Disabled: Who Qualifies?

Exoskeleton Suit for the Disabled: Who Qualifies?

Disabilities abound in this country, impacting both physical and emotional quality of life. An estimated 2.8 million people sustain a traumatic brain injury (TBI) annually, 795,000 people have a stroke, and 17,000 people suffer a spinal cord injury.  Overall, 61 million adults in the United States today are living with a physical disability. These can all result in reduced strength, endurance and ability, varying by person and injury. In any case, they are left with limited mobility.

What if there was a way to boost that lost strength, endurance and ability for the disabled to allow them to achieve feats they never thought possible? There is, and they are called exoskeletons. This emerging industry is a booming one, particularly when it comes to exoskeleton suits for the disabled. In fact, it is estimated that the robotic exoskeleton market will hit $1.8 billion by 2025, up from $68 million in 2014. Last year, 6,000 suits were sold worldwide, mainly for rehabilitation purposes. But by 2025, estimates show there will be about 2.6 million on the market.

Many forward-thinking companies are making exo suits for the disabled, and Ekso Bionics is leading the charge. 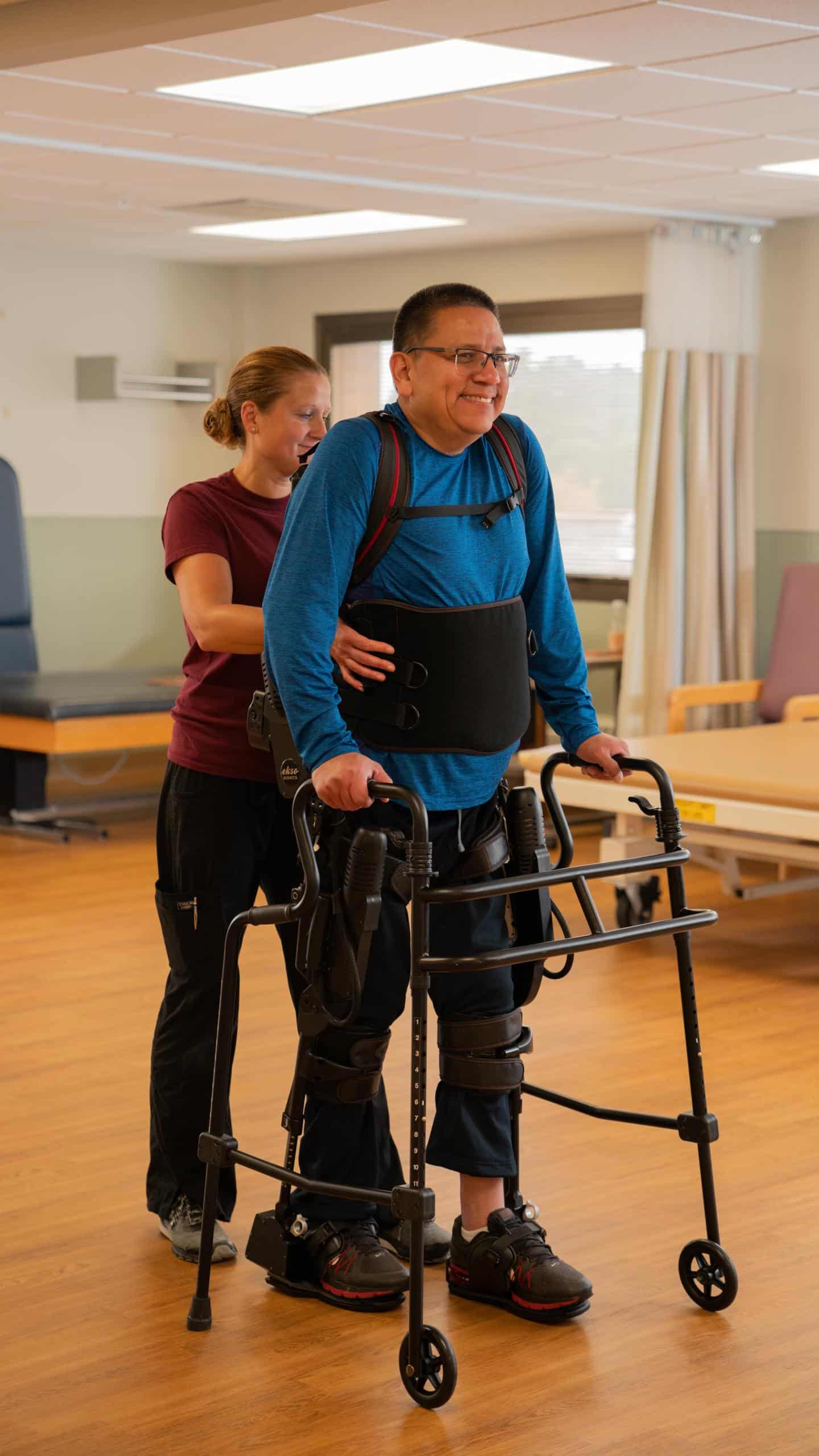 These are powered, wearable robots designed to enhance the user’s strength and endurance. Long receiving attention in military-focused research, exoskeletons are now garnering more attention in the civilian world, in particular for those who have disabilities. Here at Ekso Bionics, we are experts in the development of disruptive clinical robotics to address loss of mobility and cognition, helping thousands of patients take more than 130 million Ekso-aided steps while inspiring a whole new medical device industry. The goal of exo suits for the disabled is to help people regain their full mobility.

In addition to enhancing physical movements, such robotic bodysuits are empowering to the user, restoring the dignity and freedom to those who suffer from mobility problems. The goal of exo suits for the disabled is to remove the things that cause psychological encumbrances and ultimately redignify the individual, says Futurism. 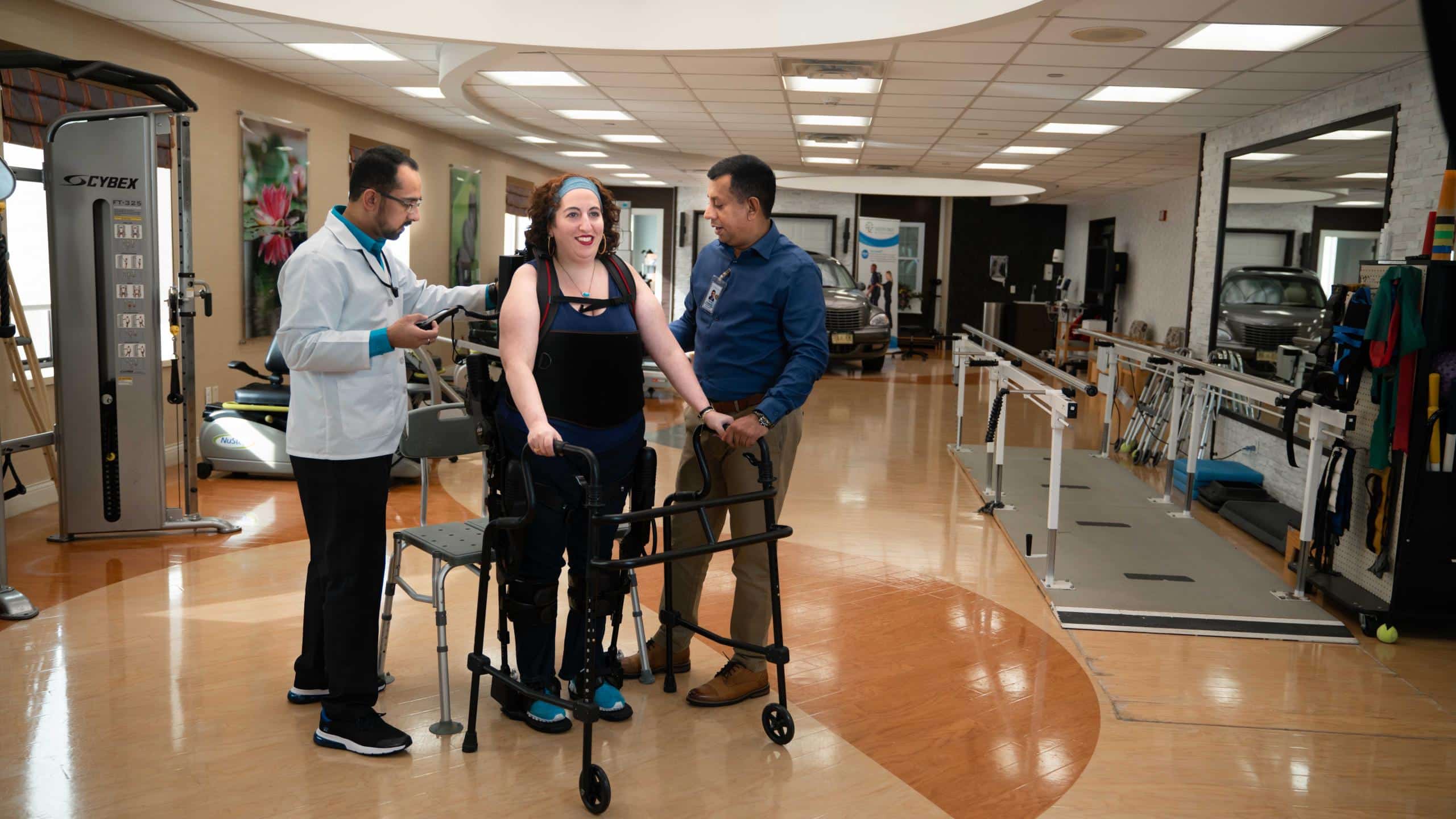 The very first powered exoskeletons didn’t start out as assistive devices. The first patent for this type of a product was filed by Nicholas Yagn, a Russian inventor, back in 1890. Yagn created an “apparatus for facilitating walking,” which involved long springs that would attach to each leg, primarily so that soldiers in the Russian Army would be able to run.

Fast forward to the 1960s, and inventors started creating elaborate powered exoskeletons, a need fueled, once again, by the military. In 1965, General Electric developed a product called the Hardiman, which stood for “Human Augmentation Research and Development Investigation” and “MANipulator” combined. This machine was quite large, weighing a whopping 1,500 pounds, says The Atlantic. It was designed to amplify the strength and endurance of a human’s legs and arms, combining man and machine into one symbiotic unit. This product never made it to fruition.

It wasn’t till 2000 that powered exoskeletons transformed from dream into reality. The Defense Advanced Research Projects Agency funded a project that year called the Berkeley Lower-Extremity Skeleton, or BLEEX, developed by engineers at the University of California, Berkeley. It was not designed to help disabled people walk again, but rather it was designed to make carrying large loads over long distances less tiring. But this design concept propelled the exo skeleton into mainstream applications, opening the door for state-of-the-art exo suits that can help in construction, manufacturing, and even healthcare industries.

How We Are Revolutionizing The Industry

We offer a variety of revolutionary products that help people regain the use of their limbs after injury.

Overall, Ekso is offered in more than 270 centers, with programs in more than 30 countries worldwide. Our products have helped tens of thousands of patients take more than 150 million steps!

To learn more about how an exoskeleton suit for the disabled from Ekso Bionics can help you in your rehab journey, contact us at 510-984-1761 or request a free demo online.