How Exoskeletons Are Amplifying Productivity in Industries That Require Heavy Lifting

How Exoskeletons Are Amplifying Productivity in Industries That Require Heavy Lifting

Nothing strains the body more than repetitive heavy lifting, especially overhead. Proper ergonomics in the industrial workplace is crucial, yet lifting heavy items remains one of the top causes of injury in the workplace. According to the Bureau of Labor Statistics, 36 percent of injuries involving missed work days resulted in shoulder and back injuries. The biggest factors in these injuries? Cumulative trauma and overexertion.

Exoskeletons to the rescue! Exosuits designed to aid workers in the construction and industrial spaces can help tremendously when it comes to preventing these injuries in the first place, and easing pain and discomfort from existing injuries.

Musculoskeletal injuries (MSIs), such as strains and sprains, often result when one repeatedly lifts, carries or otherwise handles objects. The risk of injury is compounded when twisting bending, awkward postures and heavy loads are involved. Effective ergonomic controls can go a long way toward preventing or reducing the risk of injuries, as well as employing smart lifting practices and assistance through machinery (i.e., forklifts), but these practices only go so far.

Construction exoskeletons and industrial exoskeletons can further reduce the chances of a worker suffering from muscle pulls, back sprains, wrist and elbow injuries, and spinal injuries.

While still in their relative infancy, predictions say by 2025, there will be 20,000 full-bodied exoskeletons working across a variety of industries, such as auto, aviation, maritime, construction, and logistics, according to EHS Today.

Exoskeletons are revolutionizing operations on the factory floor and on construction sites. And while many tasks can be automated, some – like complicated, repetitive tasks that require assistance from the human mind and body — just can’t be automated.

Due to this inherent automation, there will always be a need to have humans involved in the process of completing a task because they are more agile and have the ability to adapt.

Machine intelligence can only go so far. Robots and computers are great at highly repetitive duties that are part of an assembly line, but they can’t handle switching to different types of tasks at a moment’s notice. While they have the strength to do those tasks, they don’t have the human’s brain. Industrial exoskeletons, on the other hand, worn by humans, can go from lifting a pallet onto a truck one moment, to moving an engine block onto an assembly line the next.

Wearable exoskeleton devices have been known to reduce musculoskeletal loads that would not otherwise be helped by an engineering process change, according to the National Institute for Occupational Safety and Health.

A human can step inside an exosuit and move naturally using their own intuition, instincts and reflexes to control it. In essence, industrial exoskeletons take the best of both worlds – the intelligence of human operators, and the endurance and strength of robots – and combine them. They bridge the gap between extremes of tasks that demand repetitive motions by robots and fully manual work, points out The Robot Report. 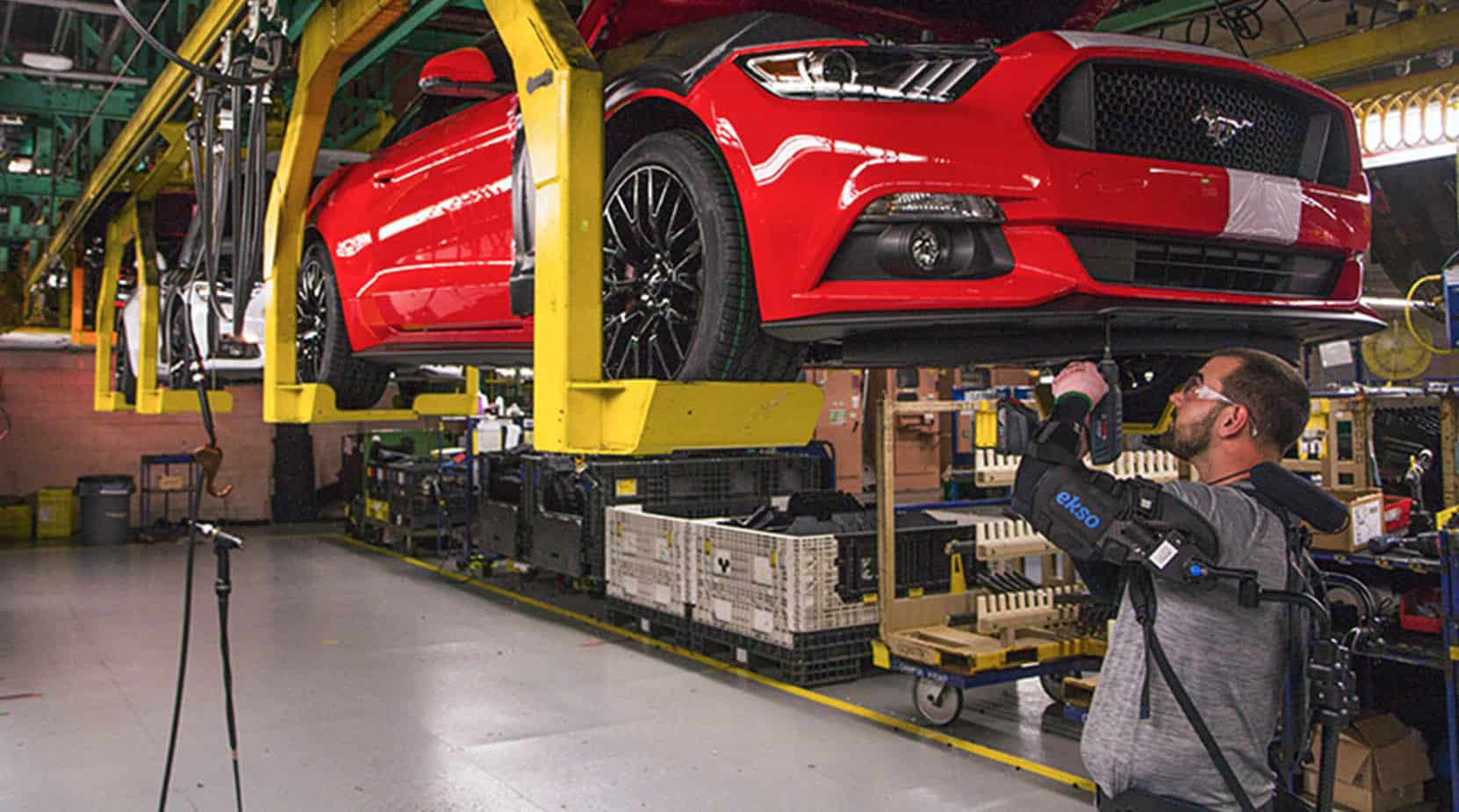 The advantages of construction exoskeletons and industrial exoskeletons are obvious and easily quantified, such as an increase in efficiency and an improvement in productivity. In many cases, exosuits eliminate the need for expensive, “full-on” automation solutions, plus they bring the potential to allow aging workers to continue performing labor-intensive tasks.

The primary advantage and key driver for adoption is to decrease how worker-related injuries occur with heavy lifting injuries, thereby lowering disability and healthcare costs. Improving worker health also extends to the reduction of employee turnover.

The biggest problem in the industrial workplace when it comes to repetitive tasks and heavy lifting, of course, is fatigue. When workers become fatigued, they can’t be as productive as they normally would be, plus costly mistakes are more likely to happen, not to mention safety risks. Fatigue threatens the output a company can achieve. By addressing this component with industrial exoskeletons, companies can achieve better growth, lower costs and better productivity on the plant floor.

Find out how Ekso Bionics can solve your heavy lifting issues in the construction and industrial space when you contact us at 510-984-1761.