How to Utilize Exoskeleton Robots for Industrial Applications

How to Utilize Exoskeleton Robots for Industrial Applications

Exoskeletons offer a creative way to fuse robotics and humans in ways that are designed to assist the manufacturing process while at the same time protect the human body from excessive strain and fatigue.

From industrial laundromats to factory conveyors belts, industrial exoskeletons can help workers in any field that requires working with their arms above their heads for long periods of time. What are these exoskeletons, exactly? Quite simply, they are personal assistive technologies that are designed to affect the body mechanically, reducing the load of physical work like heavy lifting, while lessening the risk of musculoskeletal disorders. 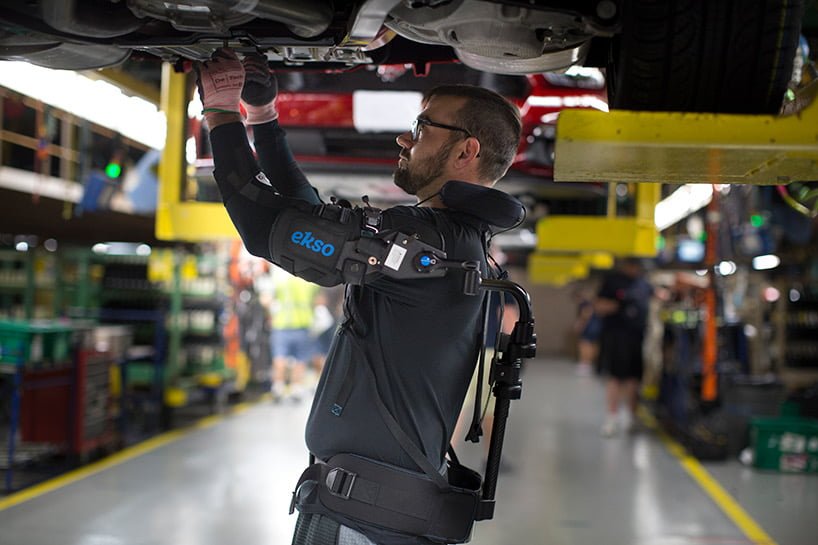 Industrial exoskeletons are those that are used for industrial applications. Industrial manufacturing tasks involve workers who move heavy items around manually in very uncomfortable ways. This can introduce long-term health risks as well as reduced output, low productivity and poor performance. Current solutions to assist with heavy lifting tasks include the use of forklifts and powered cranes that hang from the ceiling of a factory or warehouse.

Enter the human-centered exoskeleton: these are robotic suits designed to enhance normal human strength to solve many problems that come with heavy lifting, fatigue management, and physical health management. 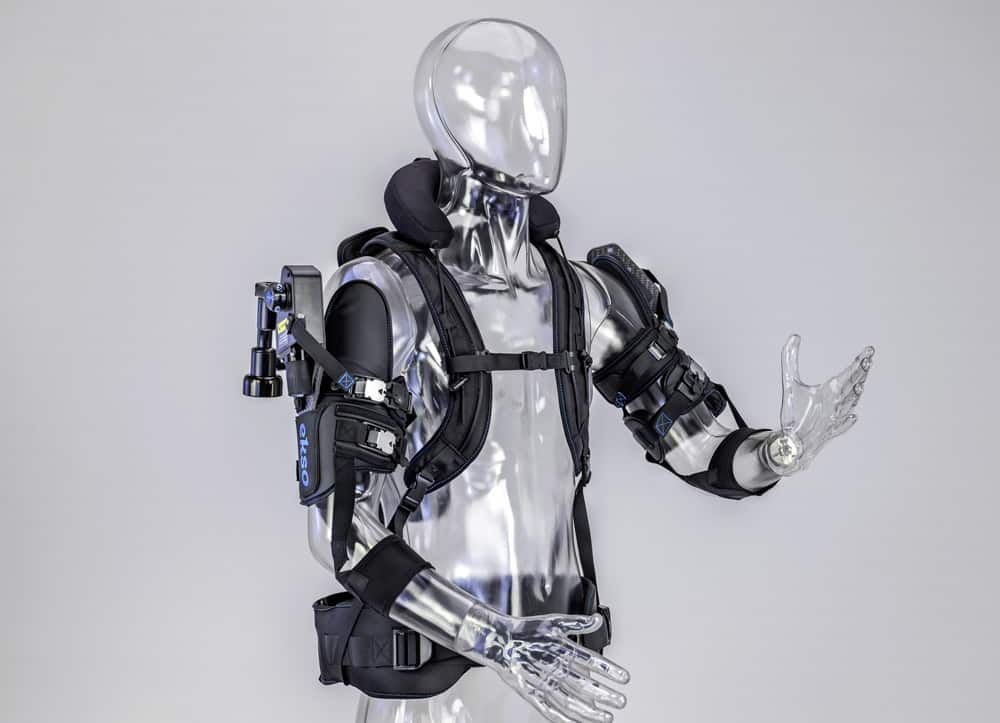 What Industrial Exoskeletons Do

Exoskeletons are wearable robotic suits that can benefit the entire body or just one part of the body such as the shoulders. They are designed to augment a person’s normal strength capabilities, amplifying the normal force or restoring the normal behavior and strength of the joints. Whereas prosthetics are replacements to a dysfunctional, injured or missing body part, exoskeletons are added wearable devices.

Over recent years, exoskeletons have been proven to be extremely useful for a number of applications, such as medical, civilian and military uses to address issues such as assisted walking, skiing, and war performance enhancement. But today, exoskeleton robots are gaining traction in industries that improve human worker performance and output.

The Components of an Exoskeleton

An exoskeleton is made up of a metallic framework for the body, as well as the actuators, a power source, and actuators for the joints and electronic devices such as controllers, drivers, and sensors for body intention and behavior, points out Control Automation.

The exoskeleton’s structure is comprised of a strong yet lightweight material, for instance, carbon fiber. High-load exoskeletons are typically made of reinforced aluminum or steel.

They feature extensive sensor suites that measure the various physical quantities on the device, which is good for controlling and automating support abilities. Exoskeletons with actuators require electronic components to control them, and these include drivers, voltage converters, and other circuits. The entire system is controlled with a microcontroller, which incidentally can also process sensor information. 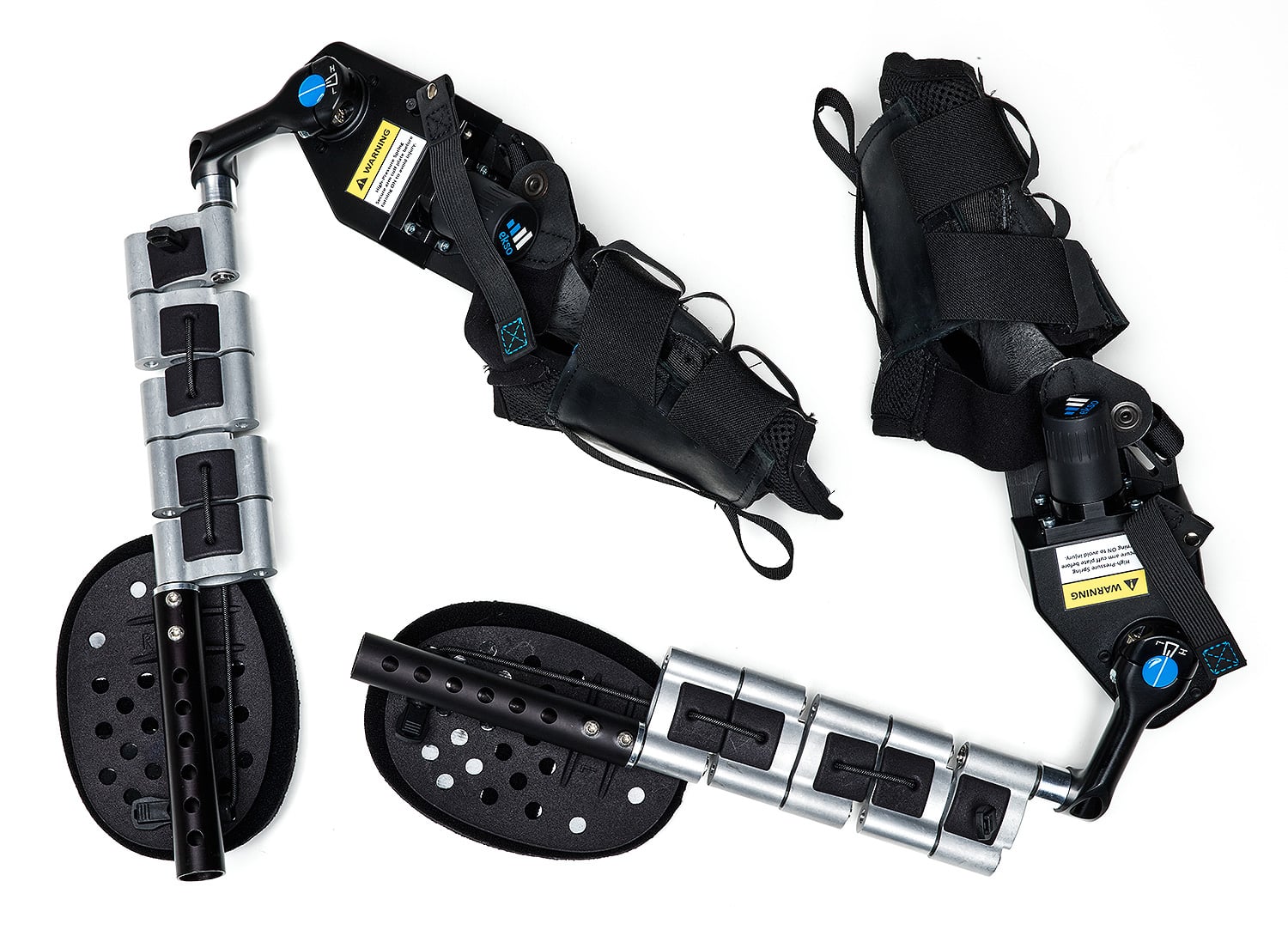 The Role of Sensing Mechanisms

Multiple sensors are present to detect human intent or joint loading on the exoskeleton so as to give enough power at the joint area. The most common sensors for exoskeletons include:

Because an exoskeleton is carried by the human body, it must generate enough strength at the joints to not only support the suit’s own weight, but to augment and support the wearer’s body strength. That’s why a large amount of torque has to be generated using actuators that are compact, small, lightweight and powerful in nature.

Leaders in the Industry

Companies like Ekso Bionics are leading the charge in the exoskeleton industry, making robotic suits designed for industrial applications. The goal is to provide more power and strength for cumbersome or risky physical activities while maintaining natural agility and high comfort levels, while posing the least amount of disruption or invasiveness to the human body as is possible.

To find out how industrial exoskeletons from Ekso Bionics can streamline your industrial applications, contact us at 510-984-1761 or request a free demo online.