The Four Types of Paralysis and When You Can Use Exoskeletons

The Four Types of Paralysis and When You Can Use Exoskeletons

From monoplegia and hemiplegia to paraplegia and quadriplegia, there are many types of paralysis that can pose immobility issues. All four types can benefit from some kind of exoskeleton, but the one best for your rehabilitation needs, or your patients’ needs, will depend on the kind and extent of paralysis they suffer from.

In general, paralysis is the inability to move a part of the body and can be either temporary or permanent. Paralysis is not brought on by damage to a specific organ or area of the body but a result of damage to the nerves that are inherent in the movement.

If a person suffers a complete spinal cord injury affecting the lower back, it is possible that they will incur  paralysis to the area that lies below the damaged area.

In a nutshell, our nerves transmit orders to and from our brains. When that connection has been broken in some way, we become unable to move our legs or lift up our arms. If someone suffers from an incomplete spinal cord injury, they will maintain some feeling or movement below their level of injury, though the extent of what remains varies from person to person. 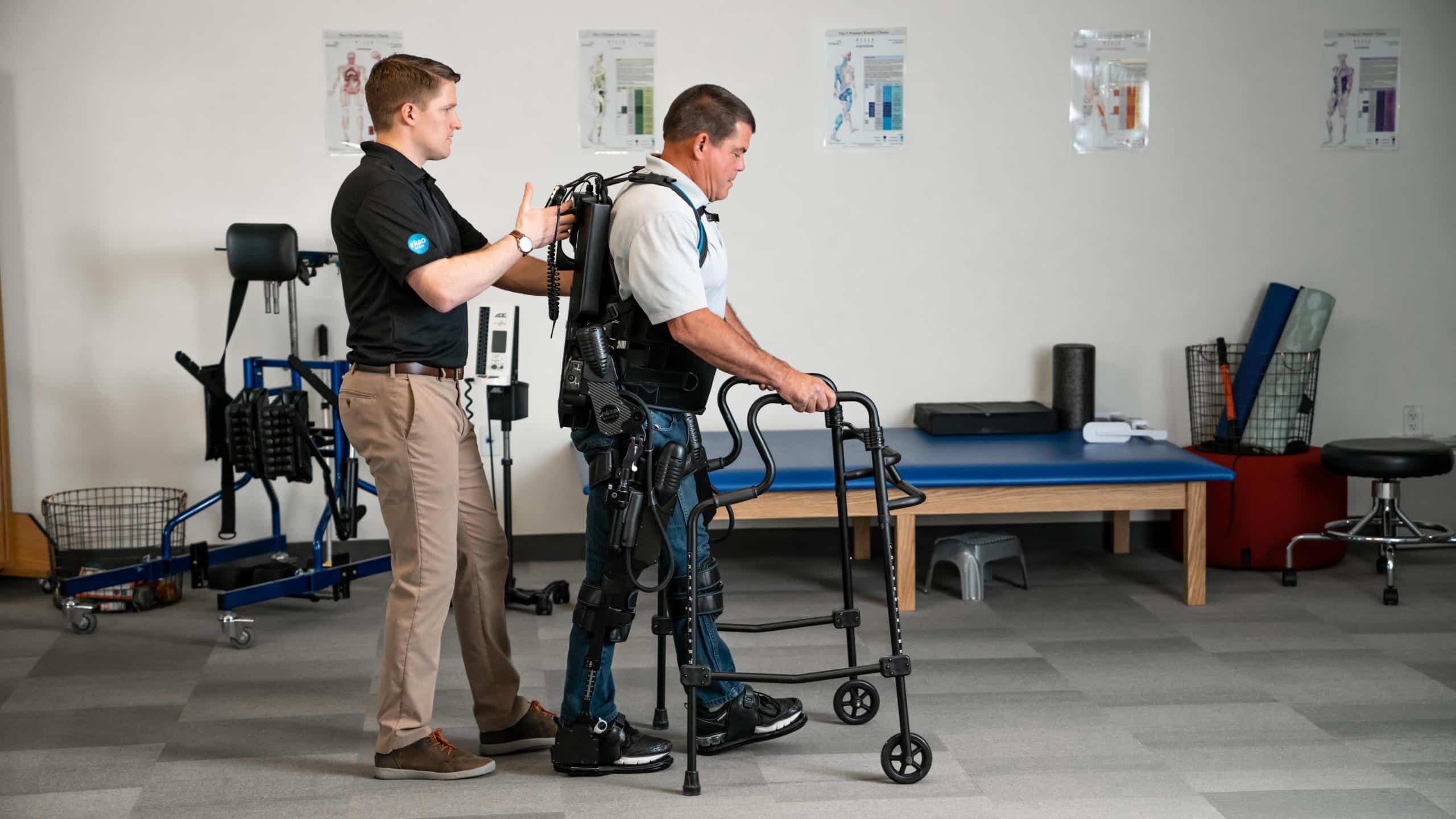 While the location and extent of the paralysis depend on how the injury occurred or the type of condition involved, there are four distinct categories whereby paralysis can be classified.

Affecting one area of the body, typically just a single limb, monoplegia leaves the person with no movement in that limb. The resulting paralysis can be either temporary or permanent. Monoplegia is commonly associated with cerebral palsy, but can also happen after a stroke or when nerves have been damaged in a particular location. In many cases, the level of paralysis will reduce as the person recovers, such as with a stroke.

This form of paralysis impacts both a leg and an arm on one side of your body. This mostly stems from an issue with the brain. It can be caused by a traumatic injury, a congenital abnormality such as cerebral palsy, or a lack of oxygen on one side of the brain.

Treatment ranges from surgery to physiotherapy, oftentimes aided by an exoskeleton.

This usually involves the inability to move the legs, but it can also affect lower body functions such as bowel and bladder elimination. Paraplegia may occur after damage to the spinal cord has been done, particularly in the thoracic or lumbar region, with other cases including spinal infections and lesions, stroke, brain tumors, and congenital malformations.

Paralysis that occurs below the neck is known as quadriplegia or tetraplegia. It affects all limbs and body areas, such as the torso, that fall below the point of injury. The main causes include spinal cord injuries after a car accident, diving accident or sporting accident, but may also be caused by traumatic brain injury, brain and spine tumors and lesions, and nerve damage throughout the entire body. 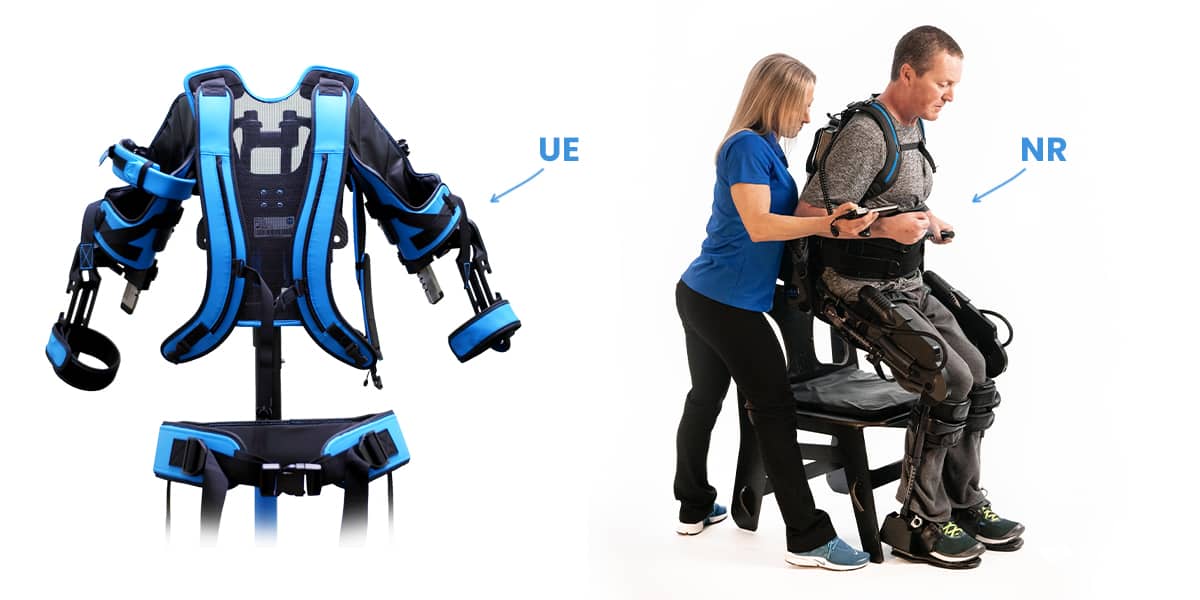 There are many robotic exoskeletons people with paralysis can use to aid in mobility. Let’s take a look at a couple that Ekso Bionics offers:

This is essentially a wearable exoskeleton that provides power to the legs, designed to help patients stand and then walk during rehabilitation. It is best for those that have use of at least one arm, though grip assists can be used if the patient has difficulty moving their hand. EksoNR helps clinicians give the necessary support to their patients’ legs, all while promoting proper movement patterns throughout recovery and challenging patients to take steps again.

EksoNR promotes the most natural gait and proper posture, featuring a high, rigid back and several progressive modes. This is ideal for patients recovering from a brain injury, stroke, or spinal cord injury who are just beginning to walk.

Designed to assist a patient’s affected arm and shoulder during clinical rehabilitation, EksoUE helps those with upper extremity paralysis or weakness. The goal is to help the patient recover strength, range of motion and endurance in the upper body.

With such a wide range of exoskeletons in rehab centers today, there is hope for anyone who suffers from paralysis.

To find out if you could benefit from an exoskeleton to aid in your mobility progress due to paralysis, contact us at 510-984-1761 or sign up for a free demo online.