The Impact of Medical Exoskeletons on Patients and Physical Therapists

The Impact of Medical Exoskeletons on Patients and Physical Therapists

Medical exoskeletons have been making waves in the healthcare industry, offering new hope for individuals with spinal cord and brain injuries. This industry has grown significantly in recent years, reaching a size of approximately $480 million in 2019, and is projected to reach $11.4 billion by 2027. [3] These wearable devices provide support to the body and can help patients regain mobility and independence. In this article, we delve into the impact of medical exoskeletons on both patients and physical therapists, exploring the ways in which these devices are revolutionizing rehabilitation and changing the lives of those affected by debilitating injuries.

An exoskeleton is a wearable device that is designed to augment the strength and mobility of the human body. It is typically worn on the outside of the body and consists of a series of rigid frames or shells that are attached to the body using straps or other types of support. Some exoskeletons are powered by motors or hydraulics, while others rely on the user’s muscles to move.

Overall, medical exoskeletons work by detecting the user’s movements and providing additional support and power to the muscles as needed. This can help individuals with mobility impairments walk again or perform tasks that may otherwise be difficult or impossible.

Medical exoskeletons are typically used in rehabilitation settings, such as hospitals or physical therapy clinics. Physical therapists may work with patients to adjust the settings on the exoskeleton and guide patients through exercises and activities to help them regain strength and mobility.

In addition to assisting with mobility, medical exoskeletons may also have other benefits for patients. For example, they may help to improve muscle strength, reduce spasticity, and prevent pressure sores. They may also have psychological benefits, such as increasing the patient’s confidence and independence.

Impact of Exoskeletons on Patients

Patients who are recovering from brain injuries including strokes usually tend to have reduced muscle strength in their legs. They are also likely to experience muscle stiffness and pain as a result of damage to specific areas of the brain. This is a common occurrence because leg muscles atrophy as a result of lack of use.

Gait training is a physical therapy technique that involves practicing walking patterns with the aim of improving mobility. It is often used to help people who have difficulty walking due to neurological conditions, such as stroke or cerebral palsy, or due to injuries or surgeries that have affected their ability to walk.

According to research, exoskeletons are effective in gait training as they are calibrated to help the wearer achieve natural gait. They also offer more gait repetitions compared to traditional rehabilitation methods. According to one study, “By the end of the training, the gait pattern of the patients improved and came closer to a healthy subject’s gait pattern.” [8]

Exoskeletons like EksoNR have built-in features that help regulate and observe leg movement to promote gait development and help patients balance, squat, weight shift, and even step in place before walking.

Beyond the physical benefits of exoskeletons, they also have the ability to enhance the patient’s life. It helps them to do things that they were not able to do before. For instance, it helps patients (even those with severe injuries) to exercise in an upright position. [5]

In some cases, it also gives patients the ability to walk. Physical therapist Kyle McIntosh says, “The exoskeleton lets patients take actual steps, which is not only more realistic but much less cumbersome,” McIntosh also says, “Every step is different with this device, so patients learn from their mistakes in real time. Patients really like to use the device; it gives them hope.” [9]

Exoskeletons come with other associated benefits, like improved bowel function. Researchers propose that the upright postures and physical activities that patients engage in while in exoskeletons play an important role in bowel motility. [10] In a 2019 study, researchers concluded that “patients who gained the ability to stand and walk with an exoskeleton often developed better endurance, improved their bowel and bladder control, and were less likely to develop urinary tract infections.” [11]

According to patient feedback, exoskeletons offer hope and motivate patients to participate in their recovery journey. According to a 2021 study, patients’ moods were reported to have improved during the rehabilitation phase. There was also a decrease in fatigue and an improved quality of life. [5]

Other patients also cherish the ability to have eye-to-eye conversations with other people while wearing the exoskeletons. Additionally, since exoskeletons are a “new” invention, more patients are excited to try them out, which increases engagement levels. [11]

Patient Success Stories as a Result of Exoskeleton Rehabilitation

Megan’s life took a turn in December 2015 when she had a stroke in her spinal cord. In 2016, she underwent a resectioning procedure, after which she was diagnosed with a T-12- incomplete spinal cord injury (iSCI). After her injury, Megan relied on a wheelchair to move around, but with hard work and physical therapy, she moved from a wheelchair to a wheeled walker to a cane and ankle foot orthoses (AFO). This was a huge win because her doctors had told her she would always depend on a wheelchair for movement.

Megan was still unsatisfied with her progress; in 2017, she learned about Ekso Bionics. While looking for rehabilitation help, she came across a study that wanted to compare Ekso rehab with traditional rehab for patients with incomplete spinal cord injuries. Megan signed up for the study and started participating in the trial in 2018. She was using Ekso for three days per week for 12 weeks, and by the twentieth session, Megan was walking without any assistance. And by the thirty-six session, she had achieved her recovery goal: golfing.

Interestingly, Megan still can’t feel her legs from the waist down, but from the Ekso training sessions, she has built up her leg muscles that keep her walking unassisted. Read Megan’s detailed exoskeleton rehabilitation recovery story.

In 2019, Kylie was in a coma. She had suffered an acquired brain injury plus multiple internal injuries. Once she regained consciousness, she began physical therapy, where she was able to attain incredible levels of self-initiated movement while using the EksoNR.

Her physical therapist, Erin, shared, “In the first session, we took maybe ten steps. And now she’s walking over 1,200 steps.” This recovery journey is considered massive for patients who are recovering from ABI. Read Kylie’s full recovery story.

Kathy was diagnosed with Multiple Sclerosis more than 20 years ago, and her symptoms have worsened over time. She got a chance to participate in a research study assessing the effectiveness of the EksoGT exoskeleton in MS rehabilitation, and when interviewed, she said, “My walking speed has increased, my endurance has improved, my gait is more normal and I get intermittent periods of my leg getting signals from my brain.” Read more about Kathy’s exoskeleton rehabilitation story and the research study.

Impact of Exoskeletons on Physical Therapists

Traditional physical rehabilitation methods are labor-intensive and require a hands-on approach from therapists. This exposes them to work injuries and exhaustion. In a traditional setting, a patient may require two or three physical therapists to manually guide their limbs which can be unsafe. [12] Exoskeletons reduce the number of therapists needed to attend to a patient and minimizes exposure to injuries. This can help physical therapists offer better care to patients without being limited by fatigue.

Exoskeletons can help physical therapists reduce clinical costs. According to a 2020 budget impact analysis of exoskeletons, exoskeletons reduced locomotor training costs by between $1,114 and $4,784 per year when used in 10% of annual locomotor training sessions. [13] This is a considerable amount of money when you consider the long-term implications.

What Other Physical Therapists Think About Exoskeleton Use 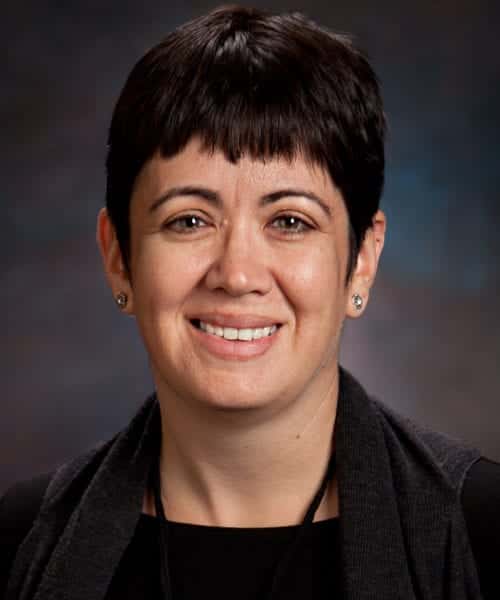